On Monday 18 May 2015,  Councillor Charles Nicholls became Hereford’s 634th Mayor. In a traditional ceremony Councillor Chris Chappell proposed Councillor Nicholls, saying he had found him to be a hard working and committed Councillor, working to deliver what was the best for the City. After being elected by a member to the position of Mayor, Councillor Nicholls said “As a child with no idea of his future I could not have imagined I would one day receive this great honour of being made Mayor. Thank you”.

Councillor Nicholls named his charities for this year’s Mayor’s appeal as Alzheimer’s Society which supports people living with dementia and the Riding for the Disabled which provides therapy, achievement and enjoyment to people with a variety of mental and physical disabilities.

Below are some images taken at the ceremony: 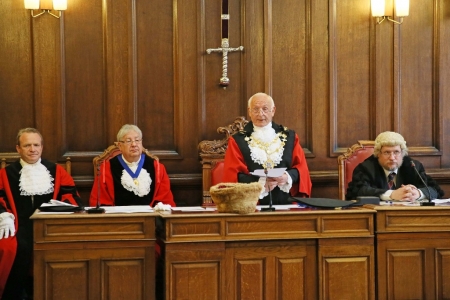 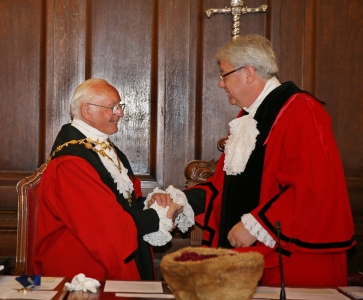 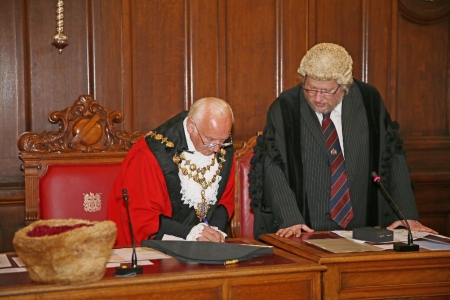